Our parent organization is the New Horizons International Music Association. New Horizons Music programs provide entry points to music making for adults, including those with no musical experience at all and those who were active in school music programs but have been inactive for a long time. Many adults would like an opportunity to learn music in a group setting similar to that offered in schools, but the last entry point in most cases was elementary school. We know that for most of the last century, about 15-20 percent of high school students nationally participated in music. From that, we can estimate that at least 80 percent of the adult population needs beginning instruction in order to participate in making music. New Horizons Music programs serve that need.

When I started the first New Horizons band in 1991, my philosophy was that anyone can learn to play music at a level that will bring a sense of accomplishment and the ability to perform in a group. Thousands of New Horizons musicians have proven that to be true, many starting in their late retirement years with no musical background at all. — Dr. Roy Ernst, Founder of New Horizons International Music Association 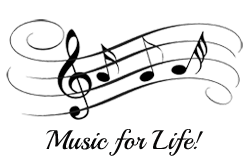